We generate 125,000 commercial airplanes worth of e-waste every year.

How many phones have you had since you got in school - is it two, three or maybe even more? It is probably around those numbers; however, even though getting a new smartphone feels great, after you are done with your old one it has to go somewhere. The unintended outcome of this is a rapid growth of electronic and electrical waste: e-waste.

E-waste is now the fastest-growing waste stream in the world. Some forms are growing exponentially. The United Nations calls it a tsunami of e-waste. It is estimated this waste stream reached 48.5 million tonnes in 2018, and if left unchecked this could more than double to 120 million tonnes by 2050.

It is hard to imagine even 50 million tonnes, yet this is equivalent in weight to 125,000 commercial airliners or 4,500 Eiffel Towers, enough to cover an area the size of Vatican 150 times over - and that’s just one year’s worth of the e-waste we create. 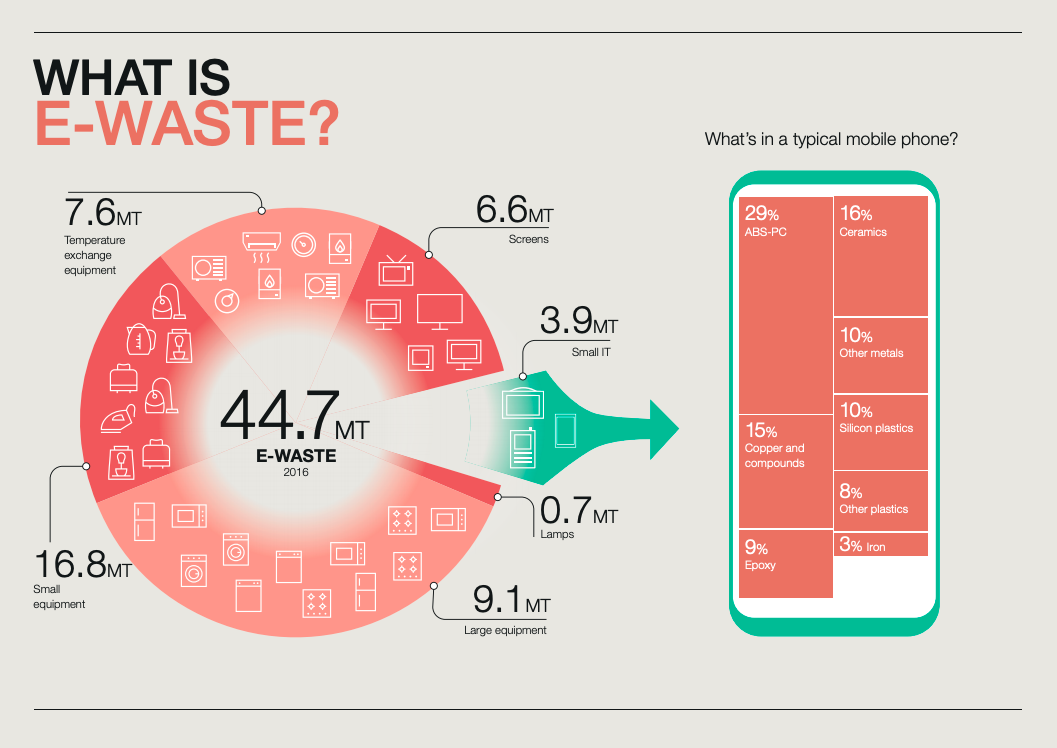 The situation is hindered by the fact that only 20% of global e-waste is formally recycled and there is little data on what happens to the rest. For the most part the remaining 80% is incinerated or dumped in landfills. Many thousands of tonnes also find their way around the world to be pulled apart by hand or burned by the world’s poorest workers. They note that the adhesives like glue keeping devices like smartphones or laptops together need to be completely removed before any recyclables can be extracted, while batteries are hazardous to dispose of. Consecutively this crude form of urban mining affects people’s wellbeing and creates untold pollution.

Achim Steiner, Executive Director of the UN Environment Programme (UNEP), said that “annually, one million people die from occupational poisoning,” referring to the effects of the use of chemicals on people’s bodies. “This is something that is, in this day and age, not only unnecessary it’s really intolerable.” 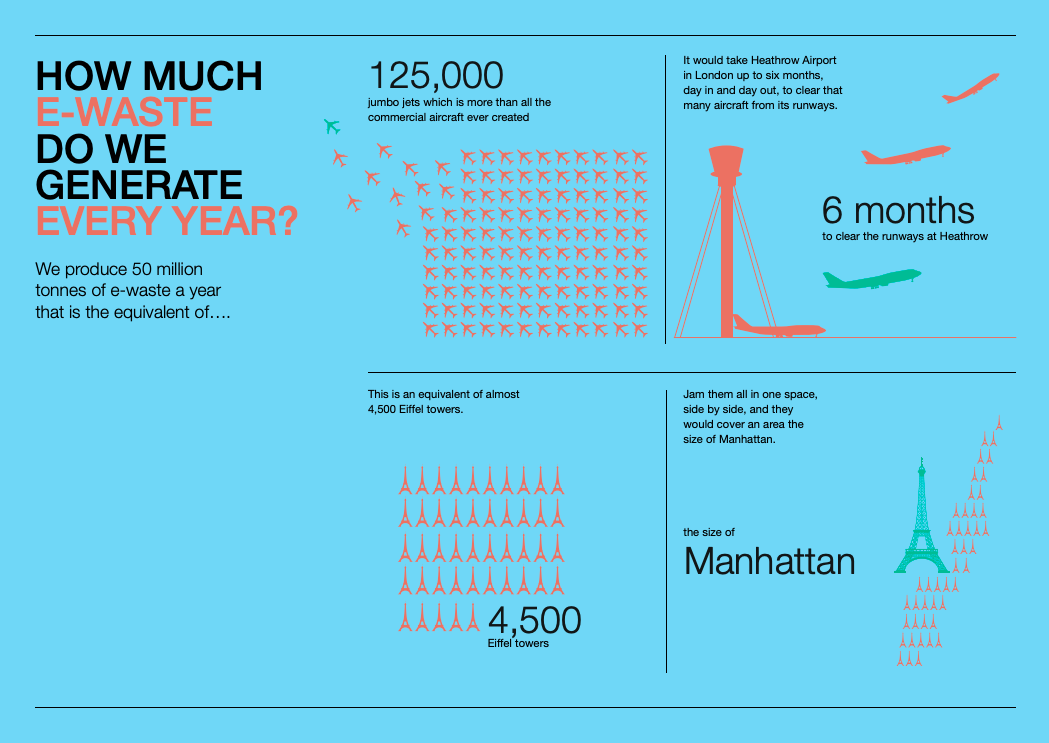 That same e-waste represents an enormous opportunity. The material value alone is worth €55 billion, for which you could buy more than 180,00 cars at €30,000/each fly around the world 2,208,835 times or take a round trip to the moon 125,576 times. Get it right and we will see a lot less of our precious minerals, metals and resources dumped into landfills. The benefit to industry and workers as well as the health of people and the environment could be enormous. The incredible opportunities here are also aligned with prevailing linear ‘take, make and dispose’ as a first step towards a global model to environmental sustainability and to shaping a future that works for all in the circular economy.